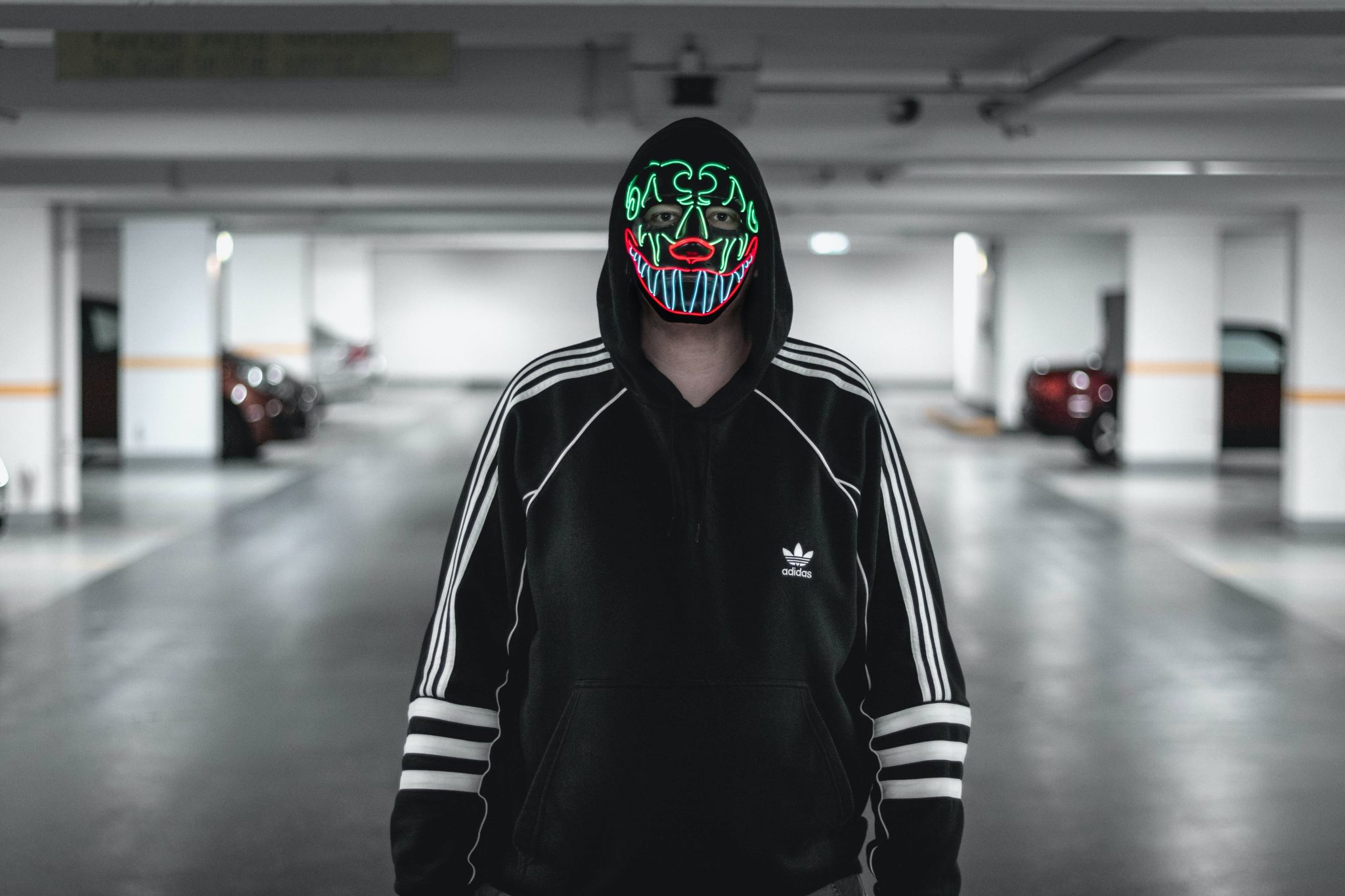 Ransomware, trojans, business email compromise scams – the list of cyber threats to businesses expands every year. Keeping track of threats, how they work, and how to defend your business is a full-time job itself. One of the most prevalent and insidious threats businesses face are advanced persistent threats (APTs).

What is an APT? Why should small businesses worry about them?

An advanced persistent threat (APT) is carried out by a sophisticated hacker using complex techniques over time to infiltrate a company & steal massive amounts of sensitive data. Enterprises, utilities, or governments are ideal targets, but less secure smaller business logins are often used to gain access.

In order to defend yourself against an APT, you need to know how to recognize them. The rest of this article outlines the steps of an APT and suggests ways your organization can protect itself.

The Ins And Outs Of An Advanced Persistent Threat (APT)

What Are The Five Steps of an APT?

Unlike malware or viruses, where there is one point of infection and it ends relatively quickly, the objective of an APT is to gain long-term and ongoing access to the target. The steps of an APT are spread out over weeks or months. APT hackers do everything they can to conceal their presence. They work to give themselves multiple points of access in case one vulnerability is discovered and closed.

Like most cyberattacks, APTs begin with a vulnerability that is exploited via the internet. This vulnerability is established in a number of ways.

The hackers could exploit a known software or network vulnerability to crack open a system. Alternatively, they may trick an employee into clicking malware embedded in junk email or on a malicious website. It can even come as a social engineering or phishing attack.

All the cybercriminals need is one set of login credentials or one back door created by their malware. Once they have an opening, they begin the next phase of the advanced persistent threat.

The second step of an APT consists of the hackers using malware to build a secret infrastructure within the target.

There is a singular purpose to this secret web: maintaining their access long-term. The initial attack may be detected and that first door they used closed permanently.

Once inside your system, APT attackers create multiple openings that they can continue to use even if the first one is discovered. This infrastructure is key for the hackers to achieve their ultimate objective: stealing as much personal data as they can possibly manage.

Depending on how sophisticated the attackers are, they may rewrite code to obscure their digital footprints. This makes it even harder to detect the full extent of the attack, even if you discover one backdoor.

Once advanced persistent threat attackers have established a foothold in their target system, they seek to gain further access. It is at this point that high-level administrator access will come under attack.

The hackers will attempt to get the login credentials of the users with the most access to sensitive data without alerting your cybersecurity software or team. This could involve social engineering or password cracking techniques.

Once the advanced persistent threat has progressed to this stage, the attackers will have multiple login credentials at different levels of access throughout your organization. At this point they move on from attempting to broaden their access to exploring the content and limits of the access they have gained.

The attackers hope to gain further control of the network and explore other servers or drives. They want to build as comprehensive a picture of their target’s data as possible.

This step is all about maximizing the total amount of sensitive data the attackers can walk away with when they’re ready.

In this final stage of the APT, the cybercriminals stage and compress the data they wish to steal. Then it is usually extracted and sold to the highest bidder.

But most advanced persistent threats don’t stop there. Remember that extensive secret infrastructure the hackers have been building throughout the attack? They’ll preserve and protect it from the target and their security team.

Ideally the cyber criminals involved want to retain that access to any data added after the initial extraction. If undetected, they’ll continue to steal data and sell it as long as they can. They’ve put a lot of work into this endeavor and they want to milk it for all it’s worth.

Why Do I Need To Worry About Advanced Persistent Threat Attacks?

Whether you own and operate a small, medium, large, or enterprise level business, you should be extremely vigilant about APTs. It can be easy to assume that if you aren’t a massive corporation, you’re not a large enough target to be worth the effort to the hackers.

This assumption is a HUGE mistake.

Even if your business isn’t large enough to justify the expense/effort of an APT on its own, you and your business are likely a user of a prime target for this type of attack.

Whether it’s a government site, a utility, or a private software application you use for the business, you could unwittingly become the source of an APT. If you have lax cyber hygiene, you’re an excellent candidate for the first step of this type of attack: Gain Initial Access.

Although it may not be your data on the line, being the source of such a widespread and malicious attack can be devastating for your small business’ reputation. You may not face legal repercussions or have to pay any fines, but your bottom line could still suffer.

It’s in your best interest to include defenses against this type of threat in your cybersecurity strategy, despite the size of your business.

How To Protect Against An Advanced Persistent Threat

The number one way you can protect both your business and the corporations you are a customer of is by locking down the human element of the equation. Most of the time the initial access that black-hat hackers gain is via human error.

You can prevent this user error by avoiding malicious links and learning how to recognize phishing or social engineering attempts. Regular and frequent cybersecurity refreshers and tests can help to keep everyone in your company vigilant.

If you’ve attempted to get everyone in your business bought into a cybersecurity mindset but can’t get through to them, it’s okay. We can help!

Follow these key steps to get your team invested in cybersecurity:

If you have further questions, read our article all about it! We share many strategies to help boost engagement in cybersecurity training.

How To Detect An Ongoing APT

Although advanced persistent threats are known for being difficult to detect, you can learn to recognize certain red flags. These are the most common signals that your business is experiencing an APT.

You observe any user accounts behaving abnormally. Keeping and monitoring user logs is a crucial element of cybersecurity. If you have an overall picture of each user’s work habits, it becomes very clear when their credentials are being used by someone else because it doesn’t fit that person’s patterns. This tip can stop an APT in the very first step of the attack.

You experience repeated or persistent Trojan Horse malware attacks. This is most commonly used by cybercriminals engaging in an APT attack in order to move into step two: solidifying access. By repeatedly using backdoor creating Trojan Horse malware, the attackers are attempting to ensure there are multiple ways for them to get back into your network.

You discover unusual files or code within your system. These files and code are breadcrumbs that can point towards unauthorized activity on your server. These should warrant immediate investigation. The files or code could indicate a cybercriminal attempting to cover their tracks as they broaden their access in step four of an APT. It could also be a clue that hackers have bundled data for extraction in the fifth step of an APT.

You observe atypical database activity, especially involving large amounts of data. As with the first tip, if you monitor what your baseline database activity looks like for day to day business, any activity outside of the norm becomes obvious. It’s nearly impossible for hackers to extract the quantities of data typically stolen in an APT without a trace. If you do notice unusual activity, you know you might be in the fifth step of an APT.

Stay Vigilant and Defend Against An Advanced Persistent Threat

APTs can seem like the boogeyman of cybersecurity, waiting under your business’ bed to get you while you’re vulnerable. But, like all cyberattacks, they are detectable and preventable if you are educated and attentive. Whether you own a mom and pop online shop or a massive enterprise, you and your team can protect yourself against even these sophisticated threats.

Need help getting up to speed on the latest threats in order to fully protect your organization? Let us assess your current cybersecurity strategy and make recommendations to shore up your defenses. Schedule a discovery call today!

Top Cybersecurity Risks Of Working From A Coffee Shop

What Is A Virtual CIO? Does My Business Need One?

What is Malware? Is It The Same As A Virus?